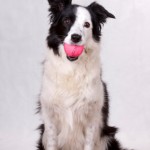 It can be a cold hard world when you turn your back on Showbusiness.

One minute you are live on television talking to Declan Curry, the next you are sat in the spare room at home talking to the dog.

After 20 years with the BBC I decided last year to leave and set up on my own.

And just last week, I found myself talking to an audience of people all considering making big career changes themselves.

And I still couldn’t make my mind up if I had made the right decision.

It was a meeting at Antenna in Nottingham, organized by Jeanne Booth as part of her Earning a Good Living programme, www.whatelsecanido.info People who were thinking of giving up the day job gathered to hear from those of us who had already taken the plunge.

So what did I have to tell them? Well, for the last ten years I had been a BBC business correspondent, covering the economy for Working Lunch and also appearing on Breakfast News and various  BBC programmes.

My base was Television Centre in London where I worked with the beautiful and the brilliant.

My leaving coincided with the departure of Adrian Chiles, not so beautiful but definitely brilliant and an old friend and colleague from his days on Working Lunch.

My last taste of the high life was at his leaving party at a West London pub.

That night I was drinking with the likes of Lord Alan Sugar and Christine Blakely (ok, I was in the same room as them), at the bar I stood next to Robert Plant and I even told Nick Hewer from the Apprentice where the free wine was.

I then left to catch the last train to Nottingham. On the way out the paparazzi excitedly raised their cameras and then, disappointedly, lowered them again.

A suitably low key entry into life away from the cameras.

I loved my job at the BBC, but the problem was that it took me away from home a lot.  Well, all of the time really, as my family had constantly pointed out.

Besides, I reasoned, I must have visited more than three thousand companies in my time as a business correspondent.

Surely something must have stuck.

And so, with brilliant timing and a shrewd reading of the economy, I launched my own company just as the worst recession since the Black Death struck.

I decided to use my experience of working in newspapers, radio and television to set up an, ahem, media company. I know, it sounds very poncey, especially if you throw in my location in West Bridgford  or Nottingham’s left bank, as I like to think of it..

It means I specialise in Public Relations, media training and film-making.

As a Nottinghamshire lad I plumped for the name Robin Hood Media, judging, that it would be more memorable and easier to spell than the alternative, Pittam Media.

Of course, I had picked up some things from my old job, like the importance of a catchy name. Or the fact that new technology makes the cost of starting up in business so much lower now.

All I need is a telephone a computer and my contacts book.

My strategy of having several threads to the business was also a product of countless entrepreneurs telling me how important it was to have different income streams.

I had also cottoned on that the new growth areas will be in sectors like the green economy and a reviving manufacturing industry. I have concentrated my business there.

But some things have taken me by surprise.

I wish I had listened when every single business owner I interviewed  told me what hard work it was.

In the old days, if I went to sleep, the BBC would tick by quite nicely without me and my bank account would also fill up. These days, when I sleep, so too does Robin Hood Media.

Then there is the realisation that ok, you have set up enough work to get you through the month, the quarter, the year.

But you have to go on doing that every week, getting out there, finding and winning business.

On the other hand there is the sheer thrill of winning a new contract. Or the sense of freedom that means you can chase any new idea.

And then there is the pleasure to be had when you earn your first cheque, procured entirely by your own work and your own skill.

Finally, for me there is the incalculable benefit that I work from home and can play a full part in family life, even the rows.

And so if I occasionally gaze out of the window dreaming of star-studded London parties, a quick word with the dog soon brings me back to reality.